August 25, 2020
I'm steadily working on my WIP now and I don't have too much to share on here. Also, I recently saw a post (which I can't find to link to anymore!) on reddit that asked worldbuilders to share the background behind a specific law in their worlds and how it came about. Anyway, I got to thinking about this, because I have a scene in Children of the Dead City that does exactly that and I thought it would be fun to share.

It shows some teachers taking their students on a little field trip to show them a monument to the story behind a specific law. This excerpt explains the story of how the "Dragon Warriors" - previously called "Dragon Riders" a long time ago in their history - came to have a rule forbidding magic.

This excerpt is from chapter 44 of Children of the Dead City, so if you were planning on reading that novel already, you may want to just wait and read it in context. I don't think it's too, too spoilery, but still, I thought I'd give fair warning.

“Hey!” someone shouted as they began to descend the stairs into the large pit. “That’s not fair! No one below the Third Level of training has ever been taken down there!”

Kamil looked away from the worn steps under his feet and back up towards the voice. Many spectators had now gathered around the edges and on the bridge to watch them make their way down into the darkness.

“That’s because no one below Third Level has ever deserved this bad a punishment before!” The Dragon sight called back up. Kamil turned back to the task at hand: getting down these steps without slipping and getting himself killed.

They went down past the lit caves of the first level, past gloomy shadowy cave rooms of six whole levels, until finally; Yessin led the group away from the dark pit and into a wide, yawning cave.

It was not very deep. There was a long flat expanse on which they stood and the walls around them seemed to curve inwards, but then, abruptly, there was a flat wall of stone. They all walked towards it.

“Girith’s four sons are well known and their deeds have been recorded in the histories of the Dragon Riders,” the Dragon Sight began. “But Girith did have a fifth son, and we are here today to see why his name was struck from the records forever.”

“Did he show disrespect and trespass his limits?” Endemion asked sourly.

Everyone ignored him. Malkendo reached the stone wall first and began running his hands against the wall, tracing some strange symbols. Kamil was not sure if they were written in the same language that the class had just been translating or a different one. He drew closer to Malkendo to examine them.

“Yes, Mal,” his father said, placing a hand on his shoulder. “The last Dragon Mage. It was here that Girith declared Endemion’s Fourth Wisdom law and forbade the art of magic. He struck his own son’s name off the Dragon Records along with all mentions of the Dragon Mages.”

“But that means you could lose your title!” Endemion exclaimed, looking up at his aunt the Dragon Sight. “It says killed. How could he kill an entire Kingdom?”

“Not intentionally,” The Dragon Sight said, “The entire level was caving in, they had mined too far – as you can see Girith fancied himself a King in those days and wanted recognition and wealth. There was also relative peace at the time so the Dragon Riders became miners and they worked long and hard digging further and further into the mountain until one day their walls began to cave in on them.

“Girith’s fifth son could track a bird’s flight across the circle and tell you where it was and report the goings on in distant kingdoms before they even happened. He could even pull a piece of parchment from a bird in flight, just with his mind, with his eyes closed, even if it was far away. His skill was unmatched and he was at the head of his own legion of Dragon Riders. He had his own banners and his own school. Well, when the caves were caving in he decided to do a simple suspension charm, something any novice could do, but he wanted to extend it across the caves so that he could give his family and the people of his father’s kingdom a few extra seconds to escape.”

She walked to the center of the area and stood on the small circle that was carved into the stone below her feet. “He stood right here and closed his eyes, holding his hands out, and sung the words of the spell and for a while it seemed to be working, but then, in a matter of seconds the entire living space, every single cave, was filled in with rock.”

“And…this is…?” Kamil looked towards Endemion’s faltering voice and saw the thing he was staring at. A skeletal arm reaching out of the rock.

The Dragon Sight moved closer and touched the hand and positioned it so that it was straight at the wrist, pointing towards the spot where the Dragon mage had been standing. “The Mage’s wife,” she said, “Reaching out to him, glad that she had made it, right before the incident…”

Malkendo was now reading the inscription behind the bewitched skeletal hand. “It was the Mage’s last act to preserve that area so that even when the flesh faded away the bones would remain intact and connected.”

Mal sighed and stopped reading. “He wrote this inscription himself - the Mage, it talks about his baby too, right behind the stone, it was in his wife’s other arm. Just one year old.”

“Come away, Mal,” Kendo said suddenly, echoing Endemion, “I think the lesson is at an end.”

The boy turned slowly and then allowed his father to drape an arm around his shoulder. “It is enough,” he said, “I was actually looking forward to this visit as one of the exciting things that come with being promoted to the Third Level.”

“You are not to speak of it,” Kendo said to all of them, “To anyone who has not been down here.”

Kamil gave a shudder and hurried so that he was next to Yessin at the head of the group on the way back up.

Hope you enjoyed that little excerpt. If you found it interesting you can check out more related work through the links below or by exploring this website! :)

Check out more excerpts and related content from the Epic Fantasy novel Children of the Dead City.

Explore the map of The Circle.

Popular posts from this blog 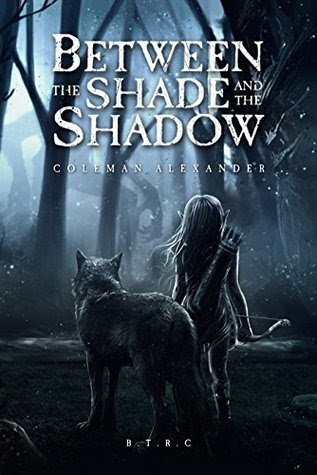 Characterization and Agency in Children of the Dead City

October 26, 2020
This blog post is inspired by a thought-provoking post by The Fantasy Inn ’s Hiu over on Reddit. The post was asking a lot of questions about character agency and how necessary it is for a good, well-written character that people will connect with to have agency. Basically, does the character have to have agency in order to be a “good” character.   What I liked about it most was that it inspired all kinds of questions about different types of characters, personalitites, external vs. Internal constaints on a character’s agency, and so on. Questions that are worth asking when it comes to any character. So I thought I’d do a little exploration of some of my own characters and look at them from an angle that I never necessarily thought about specifically and examine their level of agency and how it affects their stories. I’ve come up with nine general questions inspired by that original post and the replies/discussions.   Does the character have agency within their society on a day
Read more